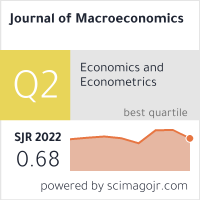 Recent studies show that the estimated parameters of rational expectations dynamic stochastic general equilibrium models of the business cycle are largely time-varying. This paper shows that assuming adaptive learning (rather than rational expectations) strongly reduces the estimated parameter variability of standard models (by around 75%). Moreover, the reduction in parameter variability induced by adaptive learning is much stronger for the subsets of parameters that control nominal price and wage rigidity and the subset of policy rule parameters (at 98% and 83%, respectively). Furthermore, our estimation results suggest that adaptive learning helps to explain the recent swings in the comovements between real and nominal US macroeconomic variables, but the swing in the relative weight of supply and demand shocks seems to be the most important driving force. 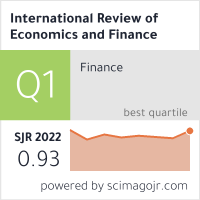 Inflation monitoring in real time: A comparative analysis of the Federal Reserve and the Bank of England [Aguirre & Vázquez, 2018, International Review of Economics and Finance]

with Jesús Vázquez. International Review of Economics and Finance 58, 200-209.

This paper investigates inflation biases and asymmetries in monetary policy behavior using real-time data which roughly measure the type of data available to policy makers when making their decisions and revised data which more accurately measure economic performance (Croushore (2011)). The work builds on a long body of work starting with Barro and Gordon (1983) who first suggested that through a reasonable policy pursuit, a central bank might generate an inflation bias. Later work by Ruge-Murcia (2003) and Cassou et al. (2012) suggested an alternative source for an inflation bias that originates through an asymmetry in the way the central bank responds to economic data. Further work by Cassou, Scott and Vazquez (2018) took the asymmetric response even further by making use of real-time data. In this extended model, the central banker monitors a weighted average of revised and real-time inflation. Moreover, the model allows for an asymmetric central bank focus on real-time inflation depending on whether the unemployment rate is high or low. This model identifies a source of inflation bias due to inflation revisions. The empirical results suggest that the FED focuses on monitoring revised inflation during low unemployment periods, but it weights real-time inflation heavily during high unemployment periods. In constrast, the Bank of England seems to focus on an equally-weighted average of real-time and revised inflation when monitoring inflation which is fairly robust over the business cycle.

This article provides a quantitative assesment of the impact of financial frictions on the Spanish economy during the Great Recession. I augment the model of Christiano et al. (2010, 2014) to consider a smalll open economy model with a banking sector able to diversity portfolio choices between loans and risk-free foreign bonds (Germand Bunds). The model also assumes that the monetary policy is determined abroad, which implies that inflation differentials between Spain and the European Monetary Union (EMU) may have important implications in the Spanish economy. Despite Spain being a member of the European Monetary Union (EMU), Spain had its own set of experiences that where somewhat different from other members of the EMU. I model Spain as a small open economy linked to a larger market. The two markets are connected through financial instruments, such as bonds, that are available in both sectors. The model is estimated using Bayesian techniques and Spanish aggregate data. The results show that structural features of the Spanish economy and the increases in the volatility of inflation differentials played an important role during the 2009-2013 crisis. The estimation results also show that anticipated risk shocks, measured as the anticipated volatility of idiosyncratic uncertainty in the financial sector, are key determinants in the evolution of the economic crises in Spain.